4 years of construction, 11,000 m² of exhibition space, 1 million visitors per year, 20 galleries – just a few facts about the masterpiece of the Canadian-American architect Frank O. Gehry. But even more than the bare figures, the design of the Guggenheim Bilbao is impressive. The building is made of titanium, limestone, glass and steel and is the new symbol of the city. The outer shell of the museum is supposed to represent a stranded boat and at the same time remind us of the shape of a fish, with all its scales. With a little imagination, it is easy to imagine. But in any case, I think that the museum with its location and its extraordinary shape is the architectural highlight of Bilbao. 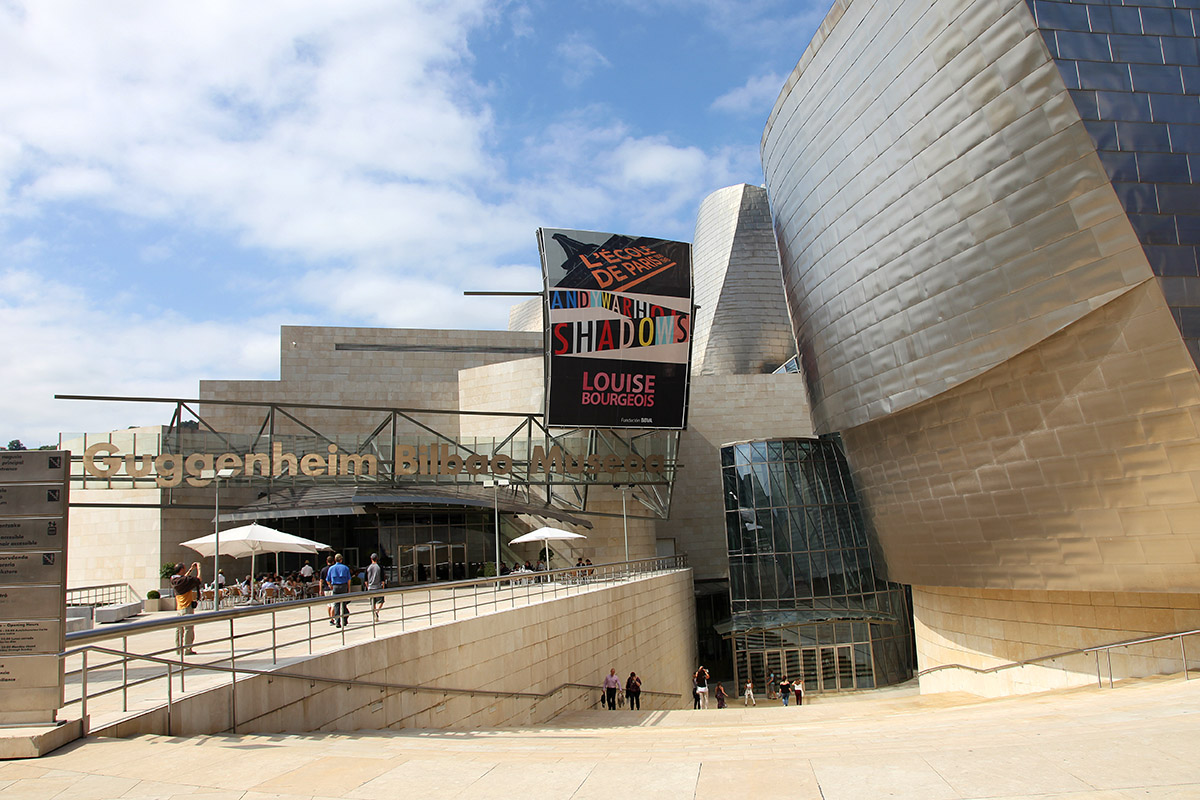 In front of the main entrance there is the mascot of the city: “Puppy” – the oversized puppy of artist Jeff Koons. The American’s sculpture is made of steel and flowers and has been watching over the Guggenheim Bilbao since the museum’s inauguration. Also on the back of the museum, right on the Nervión River, is a work of art by the 61-year-old – the “Tulips”. Also on the back of the museum are the spider sculpture “Maman” by Louise Bourgeois and “Tall Tree & The Eye” by Anish Kapoor. Since its opening in 1997, the Guggenheim Bilbao has exhibited a great many extraordinary contemporary art pieces. 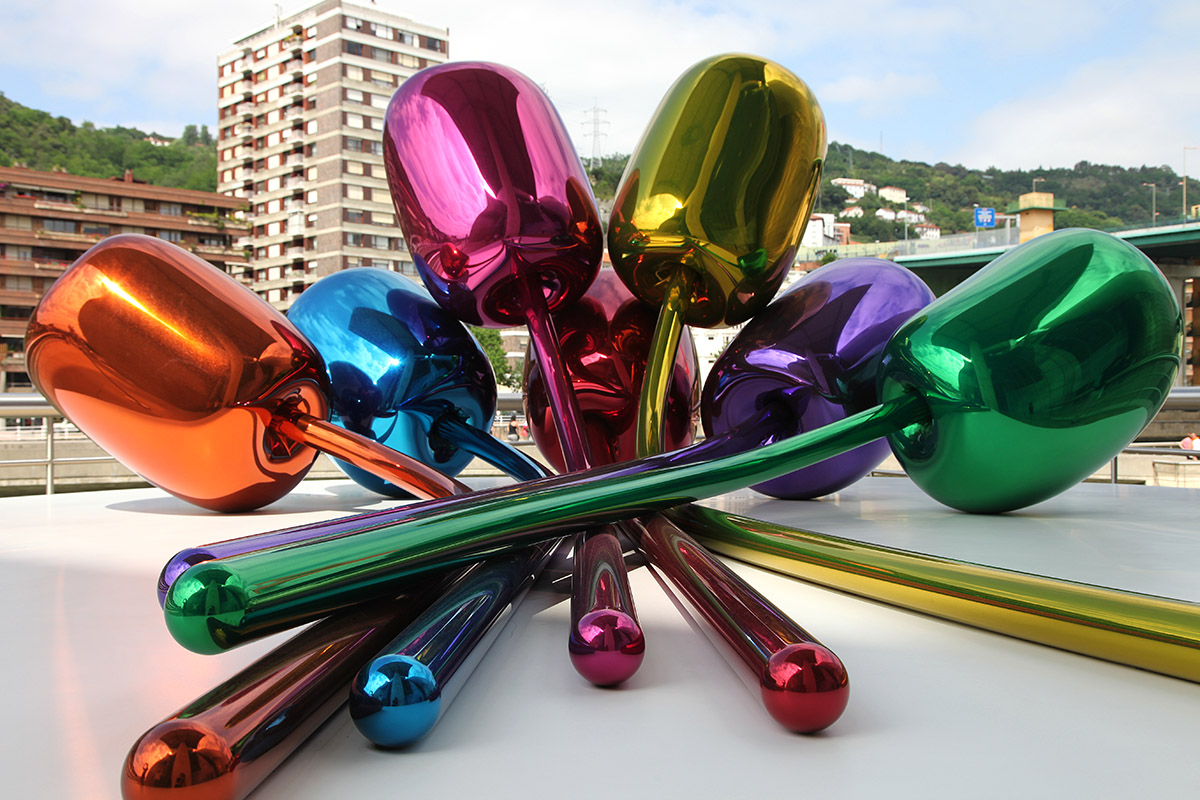 In addition to permanent exhibitions, the Guggenheim Bilbao also has temporary exhibitions. The steel construction “The Matter of Time” by Richard Serra, for instance, is permanently exhibited. Visitors can move freely through these eight works of art. In any case, the elliptical structures create unexpected impressions in the viewer. Until September 4, 2016, visitors can still admire the somber-looking works of art by the contemporary French-American sculptor Louise Bourgeois. And until October 2, 2016, Andy Warhol’s “Shadows” are on display at Gallery 105. Sculptures by the Basque artists Eduardo Chillida and Jorge Oteiza are also on display in the museum. 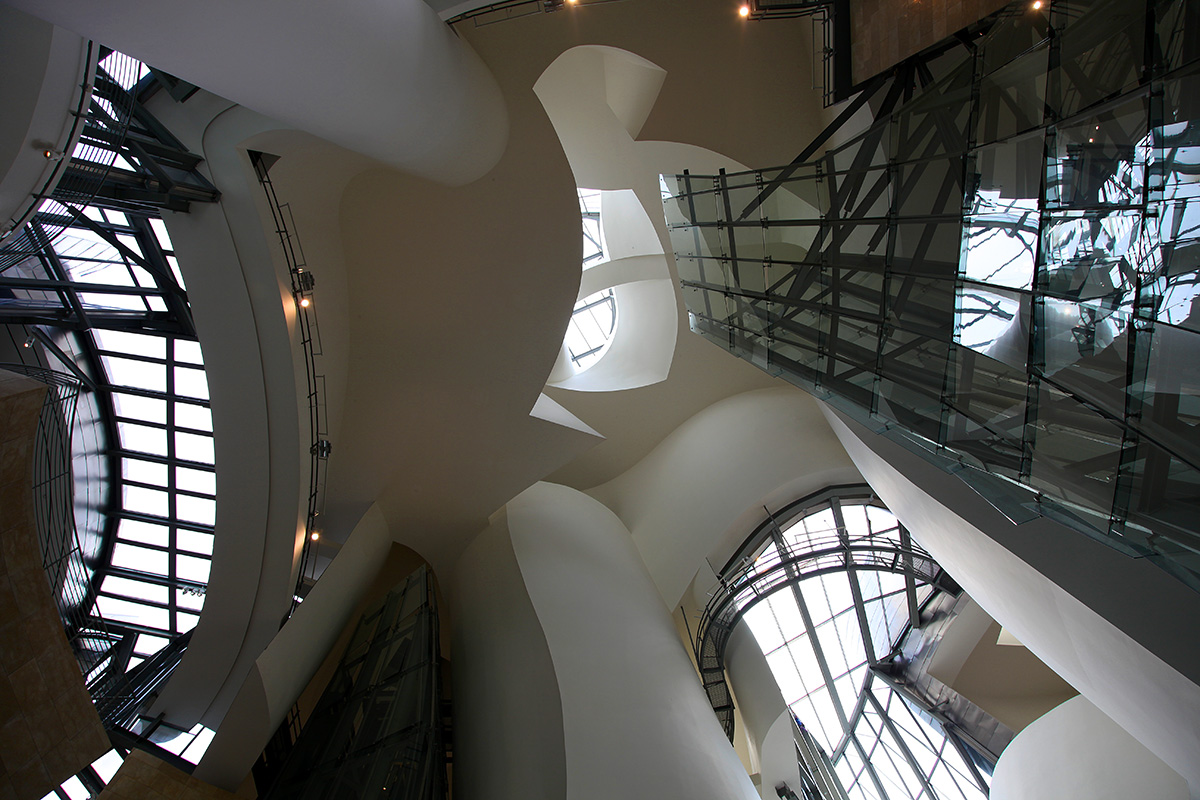 The Guggenheim Bilbao is open Tuesdays to Sundays from 10 am to 8 pm. The price for adults is from 13 euros. Students up to 26 years and pensioners pay from 6.50 Euro. More information can be found here.