It’s five o’clock in the morning, or rather in the middle of the night. Getting up is correspondingly difficult for me. But I’m about to go on a balloon flight with the Balloon & Airship Company Tucek from St. Wolfgang and I certainly didn’t want to oversleep. So I drink a double espresso to help the circulation. It works and with the newly gained energy I’m off to the meeting point in Mondsee. 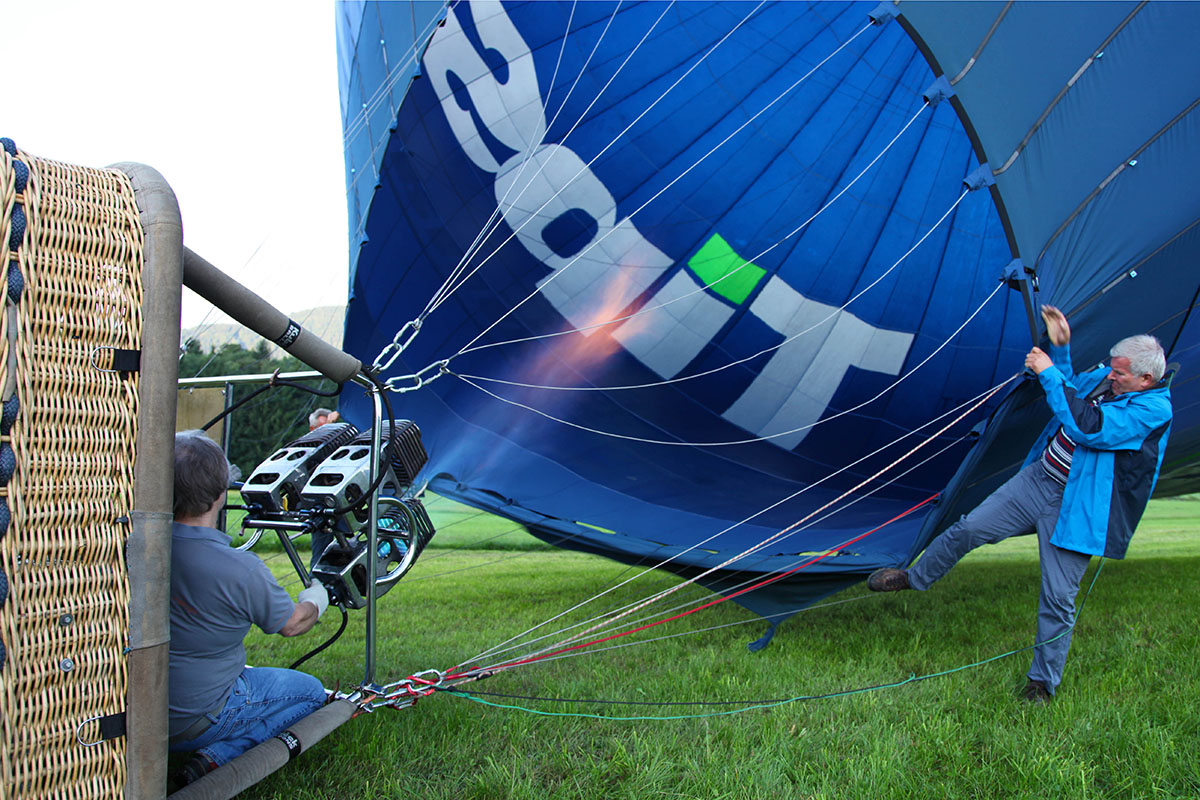 From here the convoy drives to the launch site, where the basket and the balloon are unloaded from the trailer of the “pursuer” car with united forces. A balloon weighs around 200 kilos and the basket weighs around 700 kilos. The rigging, i.e. filling the balloon, takes about 25 minutes before pilot Albert asks to board. Eight people are demonstrating their ability to fly today, seven of them for the first time. For example Sigrid and Karl from Vienna: they have been visiting the Salzkammergut in summer for 25 years. Now, on Sigrid’s 60th birthday, they have decided to look at the familiar area from above. “I still had a queasy feeling last night,” admits the birthday girl, “but now I’m really looking forward to the trip.” 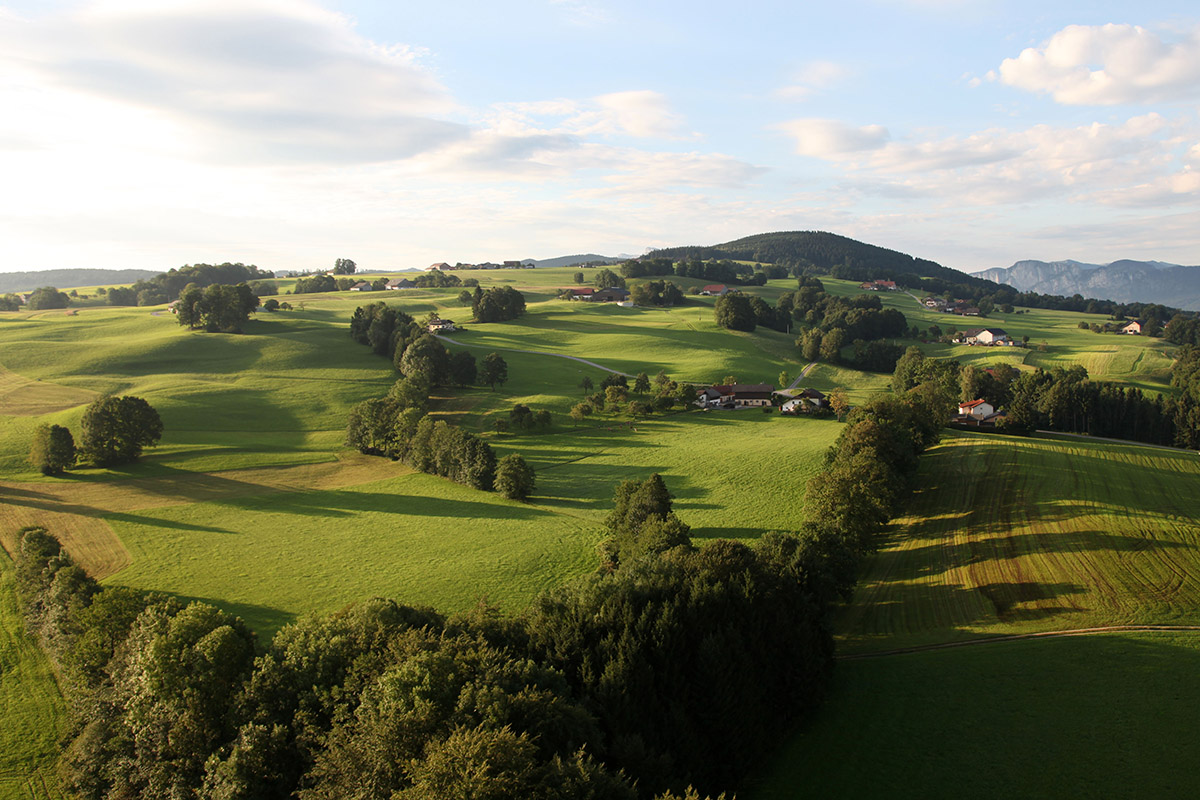 The start is at 06:50 sharp and even as a newcomer I immediately recognise that we have an experienced pilot on board. Since 1996 Albert has made about 650 trips and you can feel it when he glides “knee-deep” over the sloping meadow. Even the ever closer approaching trees are run over in such a way that the basket almost strokes the treetops. The hardly noticeable wind first drives the balloon towards Irrsdorf and this allows a view of the Irrsee. The picture resembles a painting: The rising sun makes the trees cast long shadows and the meadows shine in rich green. A breeze drives the balloon further over Zell am Moos and towards the Attersee. Meanwhile a slightly stronger wind is blowing and the balloon reaches a top speed of 40 km/h. In the basket I don’t notice the speed, because the wind carries the balloon. The Attersee is now directly ahead and those who do not reach for their camera by now at the latest, cannot be helped. The balloon ride leads over the lake and the small island with Litzlberg Castle, before it ends in Seewalchen. 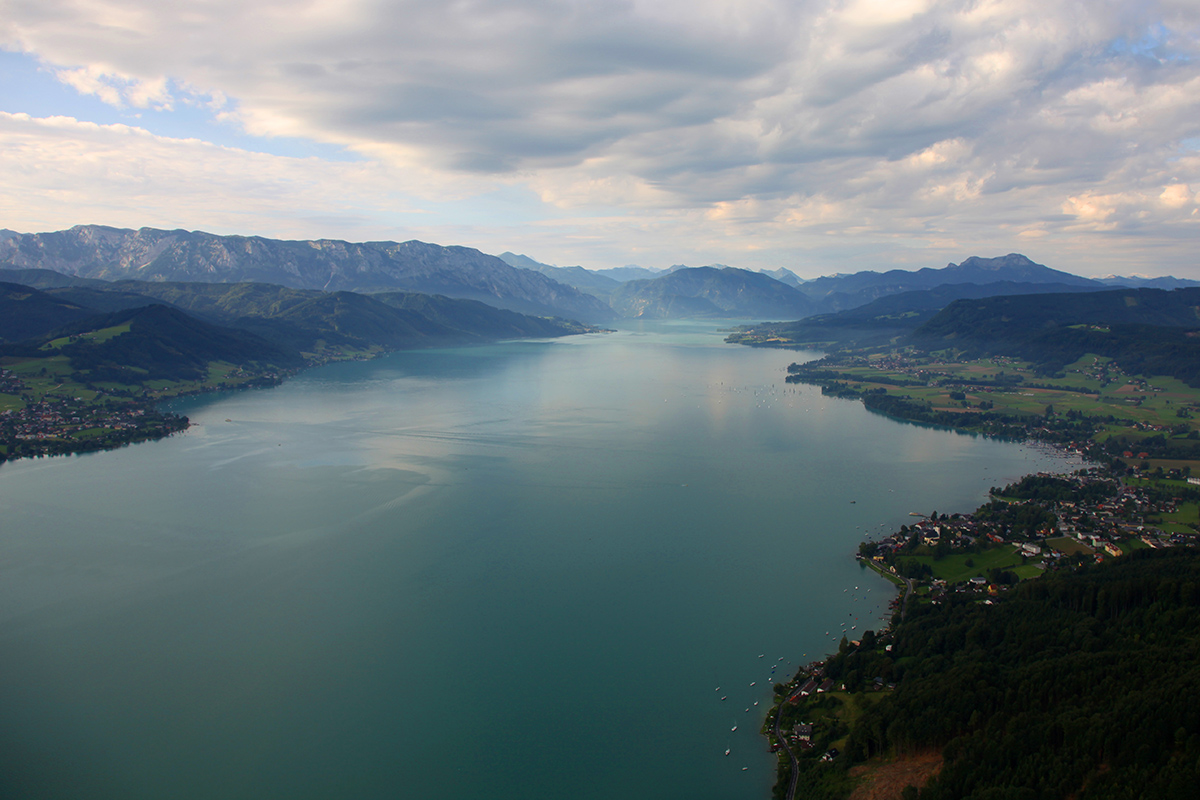 Back at the launch site, the “balloonist baptism” is waiting for us now. According to the traditional guild and order of aerostatics, the guest is baptized with fire and champagne on a name chosen by the pilot and thus raised to nobility. The guest kneels in front of the pilot and he lights a small tuft of hair (which is immediately extinguished with sparkling wine), while he announces the baptismal proclamation including the new name. This event is documented by a certificate with the signature of the pilot. Afterwards, a toast is raised to the successful journey with the remaining sparkling wine and a talk is given about what was experienced. We all agree: getting up early was worth it. 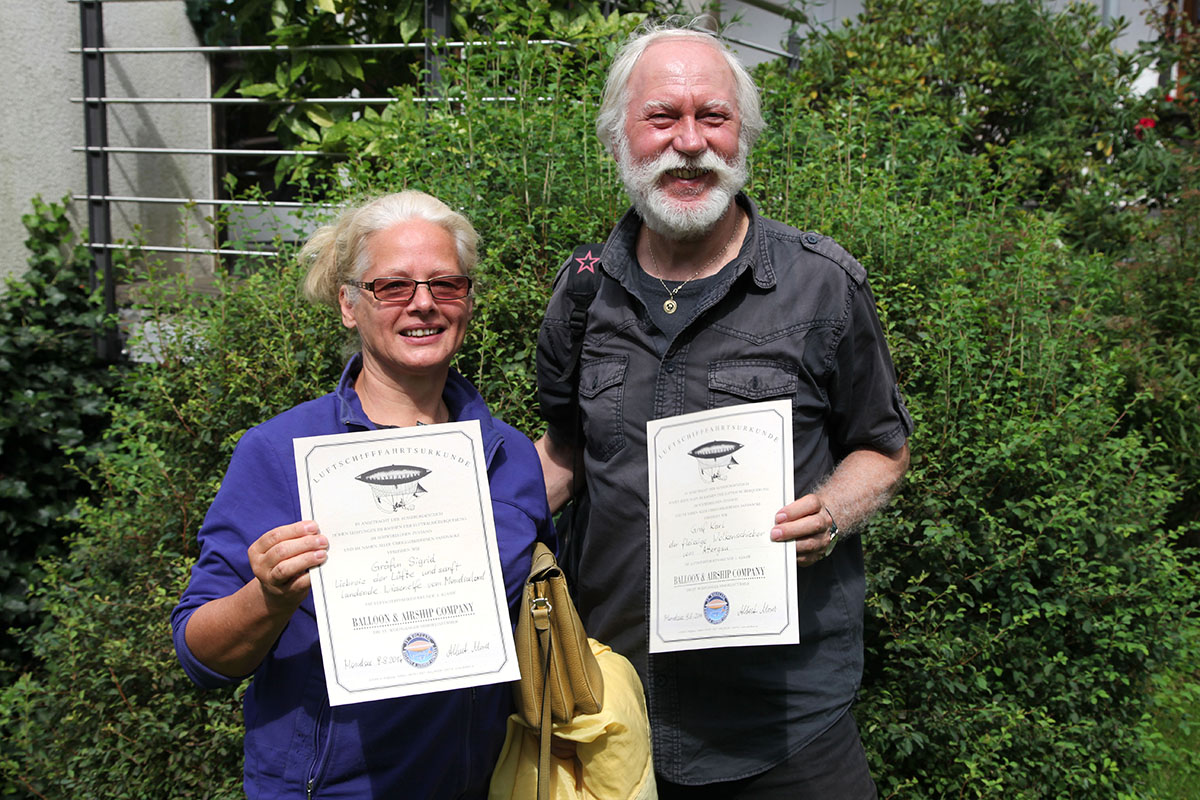 Are you an outdoor enthusiast? Click here for further articles!