The new in-drink this summer is probably the cider. More and more young Austrian companies are producing apple sparkling wine. I tested different local cider – quality and taste convinced me.

I have been an enthusiastic cider drinker for years. For the summer I usually buy several cartons. Up to now I bought my sparkling cider from England, but now there are many companies in Austria that produce cider. But what exactly is cider? Cider (or cidre) usually consists of cider (must), apple juice and carbon dioxide. For my test I looked for four Austrian manufacturers and tasted their products – pure pleasure. 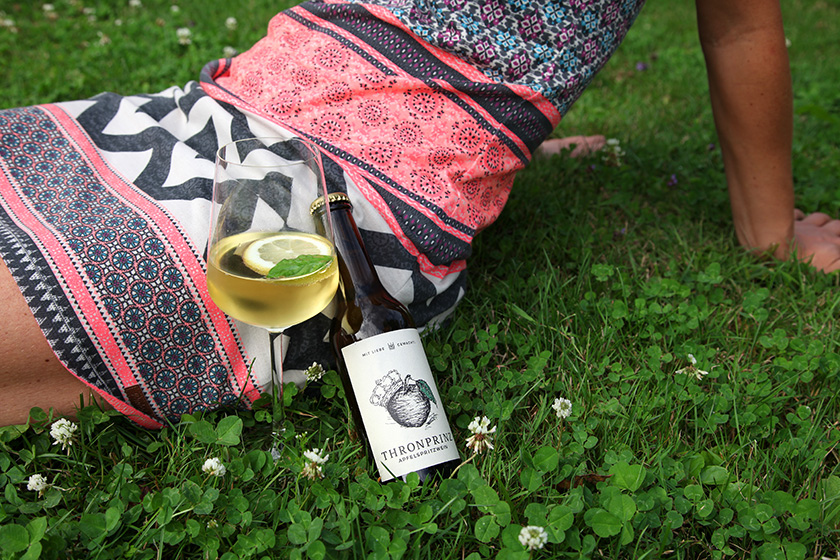 Since 2013 Alexander Sattler, from the Styrian Sattlerhof, has been producing his cider. Together with a New Zealand friend he developed his own method to produce the “Thronprinz”. According to the manufacturer, the aroma should not come from apple juice. The cider consists of four different apple varieties: Crown Prince Rudolf, Jonagold, Idared and a variety that is to remain secret. All apples are harvested and processed in Styria. Drinking suggestions: Either straight from the bottle or in a white wine glass with ice, lemon and mint.

My conclusion: Of all the ciders tasted, the Thronprinz is certainly the driest. In the finish, however, the apple taste really comes into its own. I find that in hot, humid weather, this apple spritzer refreshes best in a white wine glass with ice, lemon and mint. 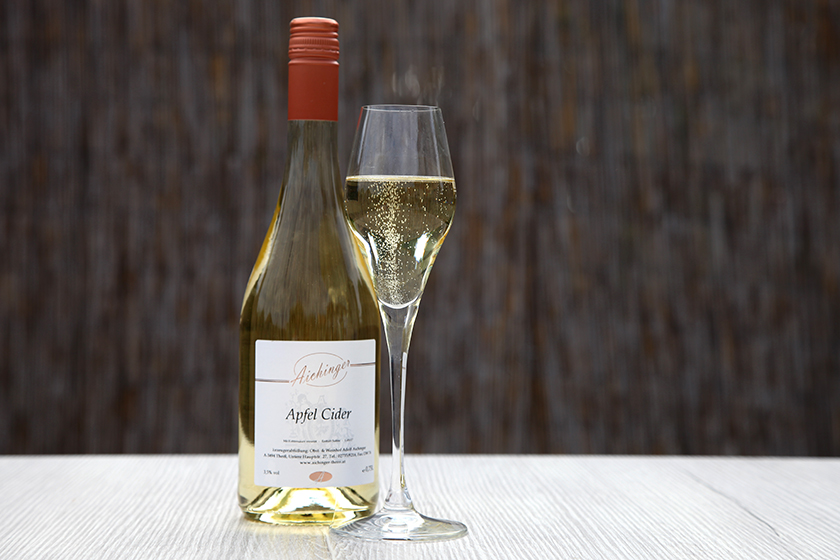 The Obst- & Weinhof Aichinger in the Lower Austrian town of Theiß, in the Kremstal wine growing region, has been producing cider since 2010. Only apples from the own orchards around Theiß are used. According to the producer, the Gala, Elstar and Jonagold varieties ensure a balanced ratio of sweetness and acidity. Drinking suggestions: Well chilled from a slim wine glass or champagne glass.

My conclusion: The cider cuts a great figure in a champagne glass and sparkles beautifully. The apple sparkling wine has a very fruity and sweet taste. I think that the Aichinger Apple Cider is a great aperitif and an excellent alternative to Prosecco. This is also confirmed by the female tasters, who are all enthusiastic about this cider. 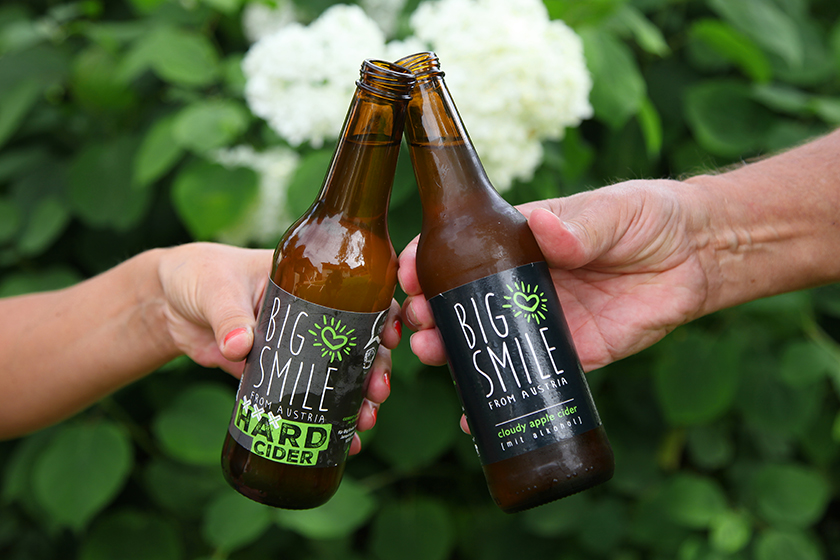 The company BIG SMILE FROM AUSTRIA was founded by Doris Wurz and Martin Sternath at the end of 2014. The company currently produces two different types: Cloudy Cider and Hard Cider. While the Cloudy is a light version with only 2.1%, the Hard Cider already has 4.8%. The apples come from orchards in Lower Austria, Styria, Burgenland and Carinthia. No artificial flavours, extracts, additives or added sugar are used at all. Drinking suggestions: Cooled directly from the bottle or, on occasions with ice cubes in a wine glass.

My conclusion: I find the screw cap of the 0.33l bottles very practical. In terms of taste, both the Cloudy and the Hard Cider remind me most of the varieties I know from England. Drinking directly from the bottle, the BIG SMILE convinced me the most. 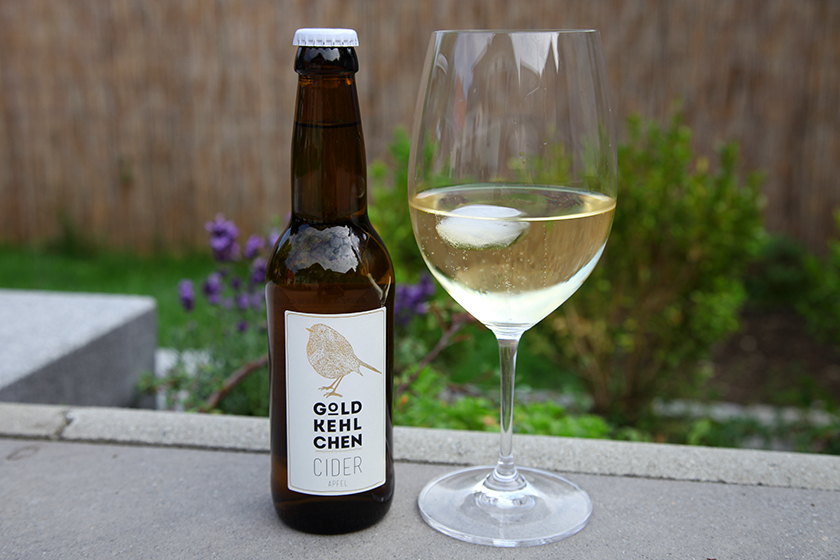 The Goldkehlchen company has been in existence for about 4 years. For the cider a blend of different Styrian apples is used, which are harvested by hand. Harvesting and bottling take place very locally within a radius of only 3,000 metres. The Goldkehlchen cider is the first cider in continental Europe that has dispensed with pork gelatine in the clarification process and has therefore been certified vegan (Goldkehlchen uses pea protein for this purpose). Drinking suggestion: Goldtkelchen Cider is best served directly from the bottle or in a red wine glass with an ice cube.

My conclusion: Goldkelchen tastes delicious both from the bottle and in a red wine glass. As far as the taste is concerned, the acid-sweetness ratio fits perfectly and the apple aroma comes out nicely. Also with the female testers the cider could convince fully.